As promised in my previous post, here is my assignment – I got 14.5/15 but have a tendency to be long-winded and a bit pompous!  Must be an academic in the making 😉

I was intending to write a ‘new journalism’ review, however opted for a more conventional style as I felt I could better analyse the key components of the game.  However, I have incorporated ‘new journalism’ style somewhat by describing the emotional ‘immersiveness’ of the game and how the storyline engages the player. Conventional style reviews are useful to readers who are interested in gameplay mechanics, graphics, and general information about the game, whereas ‘new journalism’ style tends to better indicate the feelings and thoughts the player experiences.

The tower stairs are stained with blood and littered with the bodies of the fallen.  The cries of the injured ring out in the ghastly twilight, the sky tarnished red with smoke and dragonflame.  Your faithful comrade and fellow Grey Warden, Alistair, stands at your side, amidst the carnage, “We must make haste, the Archdemon approaches.”  You nod wearily and together you and your party – Alistair, Sten and Wynne – move forward to the rooftops of Fort Drakon.  It is here the final onslaught will begin – it is up to you to defeat the Archdemon.  A searing wave of heat and acrid smoke washes over you, and yet you feel a chill up your spine.  A giant shadow passes overhead, coming to rest on the battlements.  You look up… up… up…  Stretching high above you, the Archdemon stares back at you, ancient and powerful.  Only a Grey Warden can make the killing blow.  Only a Grey Warden can put an end to the Blight and save Ferelden from this madness.  You raise your sword, yelling your battle cry, “for Ferelden! For the Grey Wardens!” 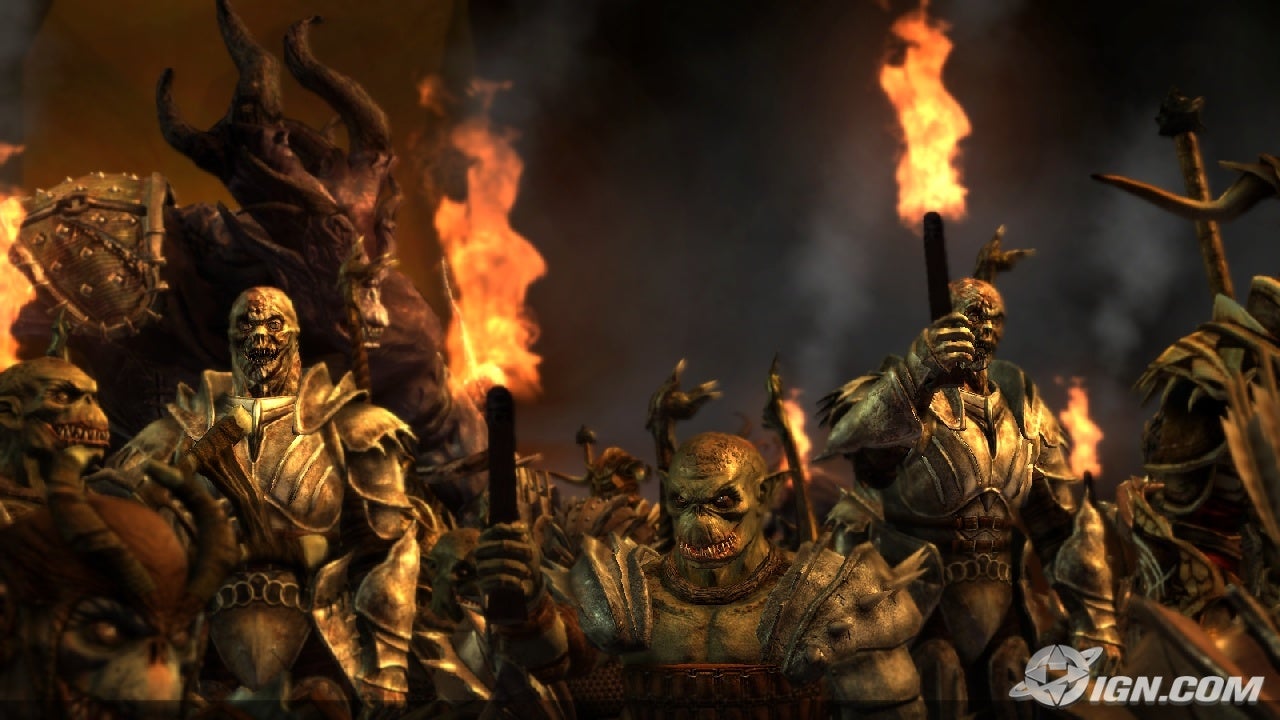 Dragon Age: Origins takes place in the land of Ferelden, ruled by the young and popular King Cailan.  Humans, elves and dwarves inhabit Ferelden; however they generally are not content to mix with each other.  A special order, the Grey Wardens, exist to protect the world from the Darkspawn, which are corrupt beasts and monsters driven to the surface by the call of the Archdemon (a giant, evil dragon).  When this occurs, it is termed a Blight.  Recently, the Grey Wardens have fallen out of favour as there has been no Blight in a thousand years, and the recollections of the last Blight are often considered the stuff of legend rather than historical fact.

You play a new Grey Warden recruit who joins at the onset of a major Blight and find yourself swept up into not only the battle against the Archdemon, but also civil war, usurping of the throne, general discontent of the populace with the politics of the day, and a range of minor plotlines that allow you to explore the locales of Ferelden. 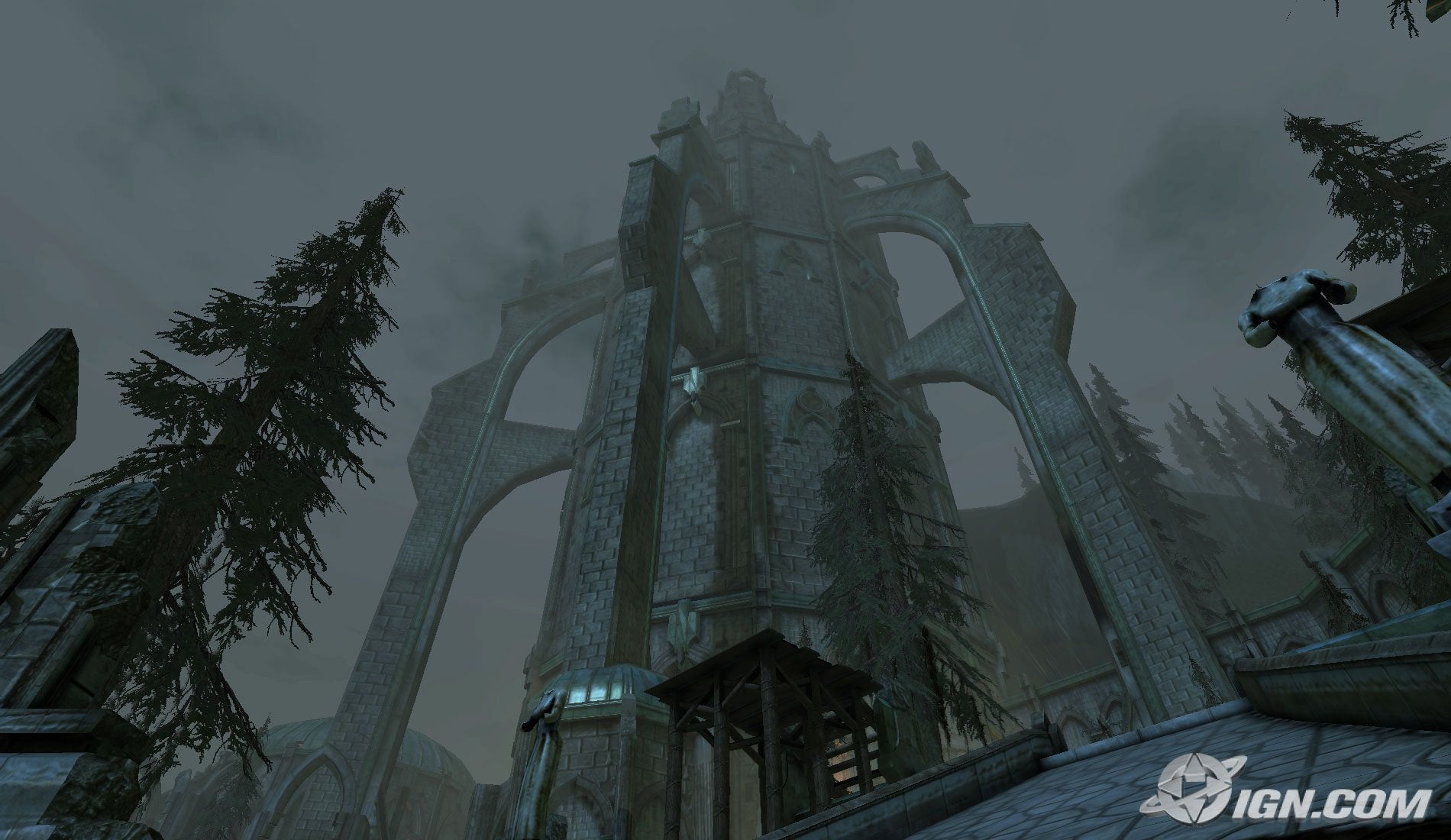 The player begins the game by creating their player character (PC).  You can choose from three races: human, elf and dwarf; there are two types in each race.  The classes and races are somewhat different than other RPGs I’ve played – which are usually based in the Dungeons & Dragons (D&D) world, however there was sufficient similarity to not be too perturbed and a new player without exposure to the D&D world would have no concern at all.  I chose a Dalish Elf, which is similar to the traditional portrayal of elves in RPGs, i.e. nomadic, living in the wilds.  The next option is to choose your class.  You can play as a warrior, mage or rogue (with the ability to later specialise these classes into sub-classes such as assassin, Templar, etc).  I opted for Rogue so I could specialise to a Ranger later on.  As you can see, the PC is quite customisable at the outset, and gives the ability to specialise throughout the game in a range of areas.

The game is very dialogue heavy, and players are encouraged to learn more about the culture and history of the game world through conversation, descriptions of artifacts and items, as well as a comprehensive Codex that details quests, key characters and events, and general information.  Further material is divulged from the complementary strategy guide published by Prima Games (Searle, 2009).

Throughout your travels, you will meet a range of non-player characters (NPCs) that are available for recruitment into your party.  However, your dialogue choices and actions have an effect on your relationships with these NPCs and the way you choose to interact with your party members determines story arcs, side-quests and even the final ending of the game.  The game encourages the player to explore many side quests besides the main storyline, and completion of these can help to improve relations with your NPCs (or have the opposite effect in some cases).

These interactions are driven by the Approval system, which is the way NPCs interact with you; they can be either hostile, neutral, friendly or in love with you, and these states can change severely depending on your choices.  The game gives plenty of opportunity to explore the Approval system, especially with additional downloadable content (DLC) such as the Feastday Pranks and Gifts pack.

Personally, I found the NPC interaction the most interesting part of Dragon Age: Origins.  Tending to be a “play nice” kind of player, the moral dilemmas I was presented with were quite perplexing.  Whilst exploring the approval system, and attempting to become “friendly” with all my party members, I found myself unwittingly starting a relationship with the female rogue, Leliana.  Whilst I wasn’t concerned about the same sex relationships that may occur in the game, I had actually decided at the outset that I wanted to form a romantic relationship with my fellow Grey Warden, Alistair.  At this point, I ended up with both Leliana and Alistair in love with me, and subsequently was forced to choose between them!  Thankfully, Leliana was happy to remain friends with me after.  Alistair, however, had fallen so much in love with me, that before the final battle, he told me that he wanted to sleep with me.  So I ended up retiring to his tent and ‘deflowering’ him!  I have to say, I felt kind of weird doing that – like I was sort of cheating in real life!  I made sure I told my husband about it afterwards.  He didn’t seem to mind (Absolom, 2010). 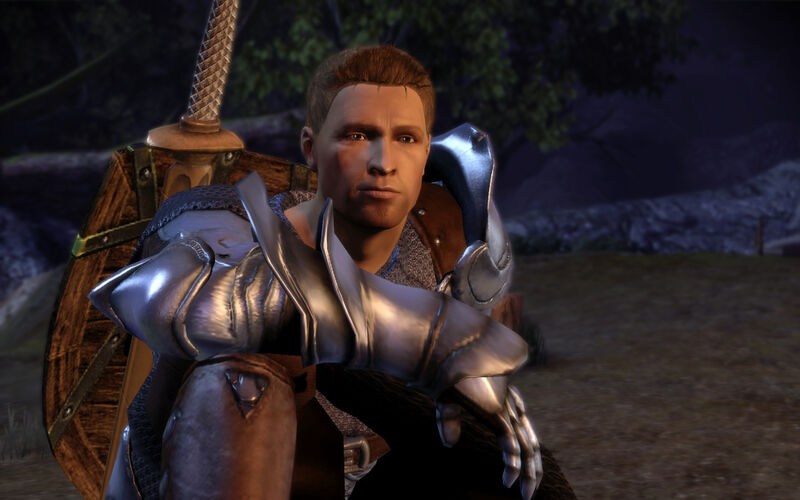 Moving on to gameplay mechanics, the game has what I consider an annoyingly unwieldy equipment system, which, in my opinion, has been done significantly better in other games (e.g. Final Fantasy series (1987-2009), where equipment optimisation is available).  It is a pain to work out which equipment is better than your existing stuff, and requires meticulous comparison between your current equipped item and the one in your pack.

The menu system while in combat takes a bit of getting used to (radial menu) and unless you are a hardcore gamer, I would suggest you let your NPCs artificial intelligence (AI) do the job for you and you can just concentrate on your own PC – you can switch to other party members and control their actions for you, but I would only do this if I absolutely had to.  Tweaking the AI tactics is usually sufficient.

I felt the game mechanics were difficult – I have been spoiled by turn-based combat and indicators such as those in Baldur’s Gate (1998) and earlier Bioware games.  Dragon Age’s radial menu is complicated and the action doesn’t pause while you consider and select your next move.  This means that unless you are super-fast, or regularly change and set up your quick action buttons, you can easily be annihilated while fiddling around looking for items and special attacks.  The game is also very challenging.  I began playing on Normal mode and by the time I met my first Revenant (an undead sorceror), I realised there was no way I could enjoy this game dying all the time.  So for first timers or non-hardcore gamers, may I suggest the Casual setting.

All in all, Dragon Age: Origin rates as one of the most immersive and emotionally engaging games I’ve ever played and would appeal to most gamers who enjoy either RPGs generally, or just a good hack and slash. 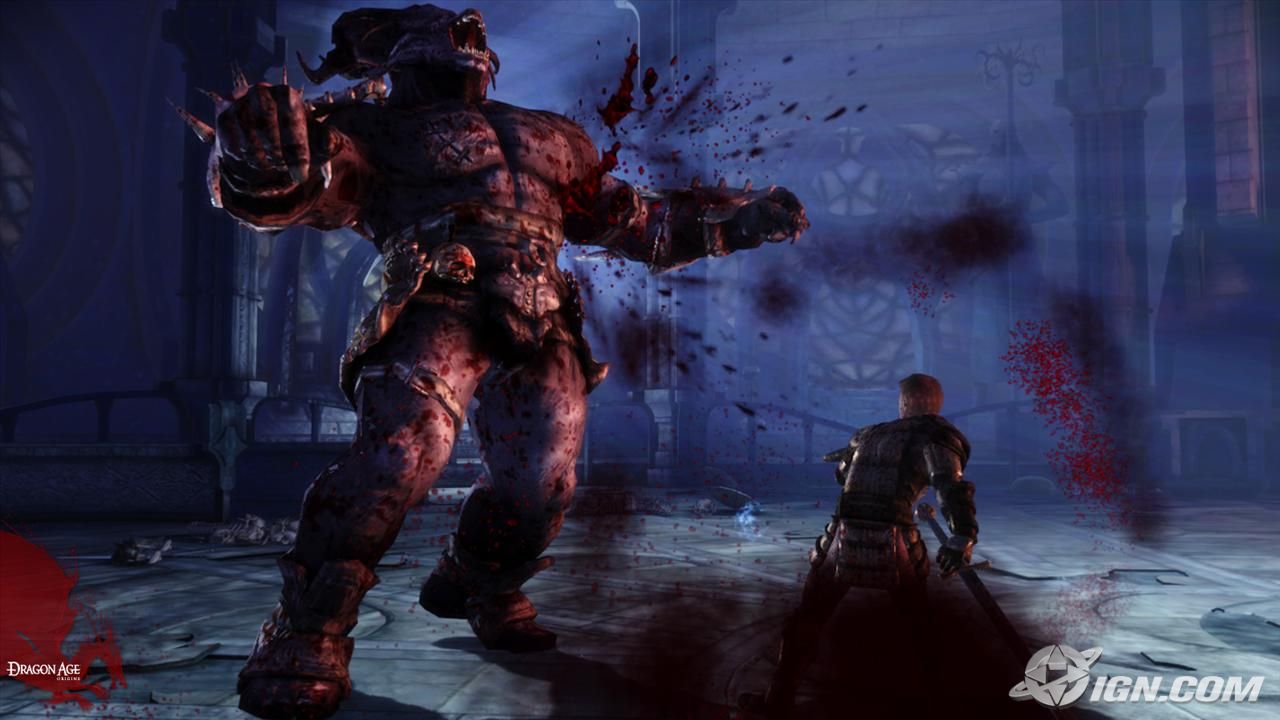 The bigger they are…

Be the first to comment on "Computer Games assignment – Dragon Age: Origins (review)"