I haven’t accomplished much by way of gaming during this quarter, I think because I’ve been so absorbed in TV.  There is just so much good Sci-Fi to watch!

Nevertheless I’ve managed to knock a few games over.

If you start playing this, expecting it to be anything like Final Fantasy XIII, you will be disappointed.  But stick with it, because the game really improves at the halfway point.  Early on, the difficulty curve is quite steep and I found myself dying many times and getting quite frustrated.  However, as time goes on, you get tougher and obtain better weapons and magic.

The game centres around finding a cure for your daughter – although you get the sense it’s all pretty futile, and with some crazy plot work at the end game, the story is definitely worth experiencing.  Other aspects of the game, that you really need to utilise in order to a) get richer/tougher and b) get more longevity and value out of it, will put you in mind of games such as Animal Crossing.  Yes, you can plant flowers and tend vegetables, and go fishing.  You know, as you do in a post-apocalyptic world overrun with demonic creatures that want to kill you.  Regardless, once you get the hang of these chores, it’s worth completing their related tasks/quests as you get prizes well worth the effort.

The game has several endings, but if you are like me, just look them up on YouTube afterwards, because there are no other benefits from re-running through the game the few extra times (unless you like that sort of thing).

All up, it was a really enjoyable game – once I got past the first grindy half.  So, typical SquareSoft fare, I guess!

The protagonist has a bit of a sexy, anti-hero thing going on, so if you swoon over that sort of thing, it’s worth it just for that (think, Kratos!)

I have played the previous PuzzleQuest games and thoroughly enjoyed them, so at my husband’s behest, I decided to give this a crack on the Wii.  I don’t think it was really suited to the Wii, due to its controls leaving a bit to be desired, and the graphics even more so.  I found it somewhat painful to play the game, as the WiiMote is less manageable than a stylus for a point and click type game, but I nevertheless endured countless hours of RSI.

It was worth it.  Despite the criticisms I’ve outlined above, the game itself is just so addictive.  Mindless gem matching games usually are.  And this one also has a collecting element that appeals to me.  At each major stage, you can enter additional areas to play minigames which unlock new items, spells or troops.

However, be aware that there is a bug in this game.  I spent three hours going through and buying all the remaining unlockables only to find that there were two spots in my inventory suggesting I had two more things to unlock.  But, there were not more unlockables on the map.  Pretty damn annoying! 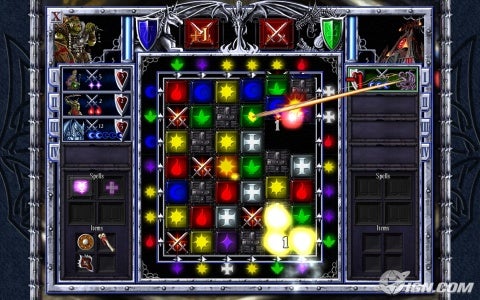 BTW, the computer cheats massively in this and every other Puzzle Quest game

Picked this up at my local EB Games after being inspired by my sister-in-law.  She had been heavily addicted to picross games and I saw this with her and decided to get it.  Glad I did.

This very simple puzzle game is also highly addictive.  I have come to the understanding that simple puzzle games usually are.  The idea of the game is to use a grid with numbered clues to determine the colour and spacing of blocks that make up a picture.  Mistakes add time to your score.  The lower the score, the better.

There are a series of themed sets and each has several puzzles (15 if I recall correctly), which get increasingly harder and more complex.  Once you complete a set you unlock a player icon. But – unlock alert! The player icons must have some other unlock rules because despite finishing the game and completing each puzzle, I did not unlock all the player icons.  I couldn’t find any answers online, but I suspect you must also complete the puzzle in a certain timeframe.

You unlock a theme picture also

My birthday also fell in this quarter, and I got a lot of games – including a PS Vita and the new Uncharted game.  So spoiled! 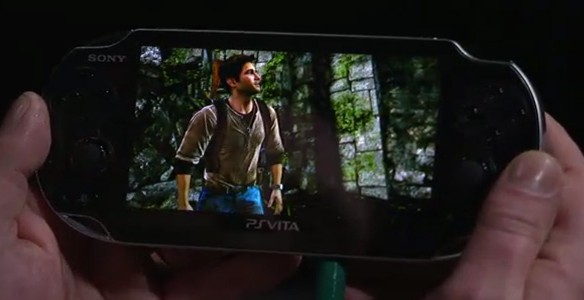 Played any of these games? What do you think of my ratings – do you agree, or disagree? Post your comments!