It’s that time again – a quarterly synopsis of games I’ve completed in the past three-month period.  It’s been a pretty epic quarter, and I’ve managed to span a few eras and platforms.  I’m still working on Viva Pinata (Xbox 360), Tomb Raider Angel of Darkness (PS2), and various PC games courtesy of Steam (the latest of which is Majesty 2 and its expansion packs, which I might post about separately as I’ve been spending a lot of time playing it over the past few weeks).  Nier (PS3) is sitting in my loungeroom, whispering to me every now and then, but I haven’t so much as taken it from its cover (yet).

But I digress.  Here’s my game playage list for January-March 2012 (in no particular order of completion):

Not a patch on the PS3 games, and had me feeling annoyed for a while there, but once I put aside my completionist need, and just sped through the game for the pure enjoyment, I found it a nice little sideline from the AC2 story.

Aah what a beautiful game!  The opening sequences were very reminscent of FFVII (my all time favourite game EVER) so this just added to my adulation and ongoing obsession of the series.  The storyline was even more complex than earlier games, but I’m used to that with the FF series and by the end, it made a lot more sense.

The game did take a while to get into the action, but I was so busy admiring the stunning graphics and delicious eye candy (Snow!) that I really didn’t mind.  Having a spoiler-free strategy guide was a must for me, to ensure I didn’t miss anything, but in retrospect, I think that the game’s linearity (at least in the areas besides the open plains of Pulse map) meant you would struggle to pass by treasure spheres without seeing them.

The crystarium was a nice feature for customising and specialising, but there really was no need for me to tinker with weapon upgrades and I managed the game with fairly standard weaponry, only spending time and items upgrading because I was curious.  My main discontent with the game was the lack of control over your team mates, but in fairness, once I got used to customising and switching paradigms, it was fine.

There was a bit of learning curve trying to take in all the on-screen info, and sometimes the voiceovers were lost amidst the (intense) music, but again, nothing that took away from the magic of the game.  There was a frustrating discrepancy between difficulties of boss fights (Barthandantalus – what a bitch!) but more satisfaction was derived when I finally beat them.  Can’t wait to play the sequel.

Kratos, you never cease to make me feel all swoony.  This final installment in the (current) GOW storyline was more of the usual, which I really can’t fault.  The simplicity of a beautiful hack and slash is hard to beat.  As usual, GOW games do run quite quickly, and I usually don’t have the patience to play the extra difficulty levels to get more playability – but you know, that’s fine with me.

Possibly one of the most challenging games I have yet played.  My frustrations rose swiftly and consistently, but I refused to shelve it.  Instead, I cracked out the Action Replay for GBA and popped on some health cheats, then played for 8 straight hours (because I wasn’t able to save, because I couldn’t die!).  I am very pleased to say I have experienced the original Zelda and am equally pleased I never have to play it again. This is a game I’d been eyeing off for some time, and picked it up for a bargain price ($14.95) at a game sale a few years back.  Decided to play it this past quarter, and it was extremely enjoyable.  Definitely grab it if you see it cheap somewhere.

Vampires have taken over the planet and have control over the environmental climate.  Two young dudes are thrown together by fate and battle the forces of darkness together, one wielding the power of the sun, the other the power of the night.

The standard action dungeon crawl is broken up by an in-space rocket fight sequence after each boss, which is thoroughly refreshing and enjoyable (albeit hard!).  Beautiful sprites and exception anime style movie sequences just add to the enjoyability of this game. 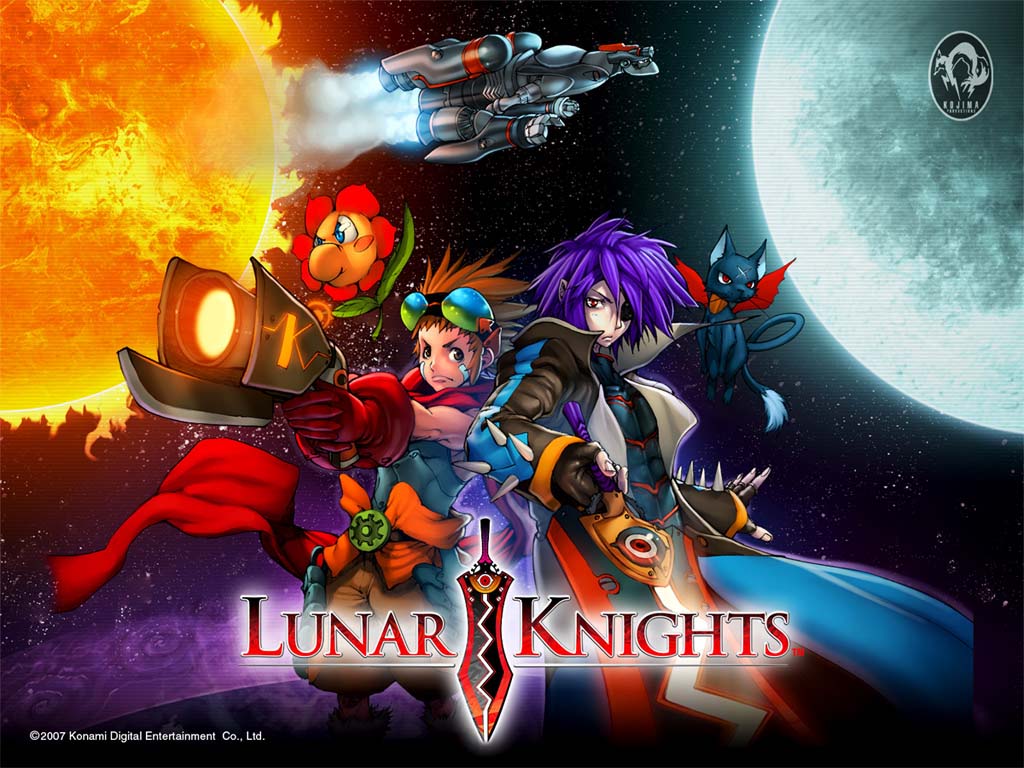 Nero the cat elemental is SO cool

One of the better (best?) hidden object games I’ve ever played, but unfortunately over too soon.  This game pits you against some tricky puzzles, with an engaging storyline, and sometimes frustrating discrepancies between your idea of what an object is and what the game’s idea is (the bread in the frozen butcher shop had me yelling ‘what the hell!’ at the screen).  Fun puzzle times!

The first couple of Layton games really had me hooked, but alas, I think I’m over them now.  Puzzles are sometimes bizarre and make no sense at all, and Flora is a constant annoyance and indication that the game makers think women are stupid.  Bring on Layton vs Phoenix Wright!

3 out of 5 stars (being generous again) TIP: Stick to playing all the games in the UK or US, don't mix and match - the actors are different and the voiceovers will mess with your head!

Bright, colourful bubble popping action, with cute shiny dinosaur Bob.  Completely no need for 3D in this game – was such a gimmick and distraction, I turned it off most of the time, only turning it back on out of a sense of guilty obligation.

Nevertheless, you can’t go too wrong with the formula, and the addition of extra modes lends more playability to the game (although I tired of it as I am wont to do).

Played any of these games?  What do you think of my ratings – do you agree, or disagree?  Post your comments!